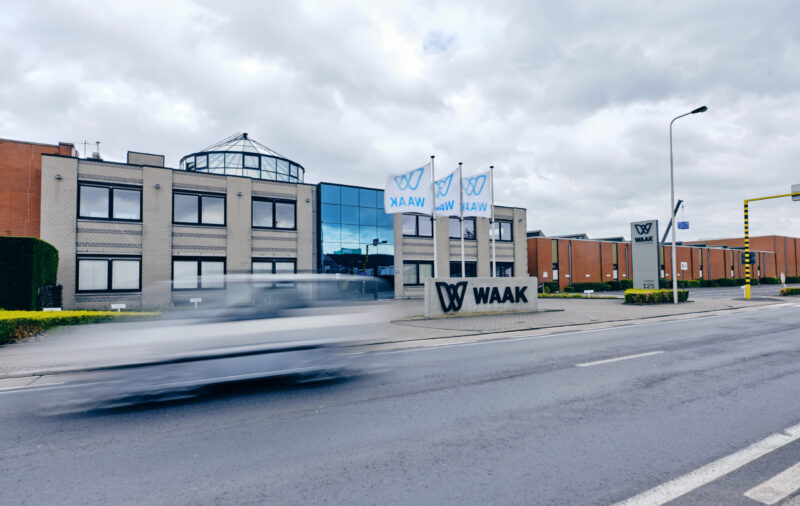 For more than 12 years, the sheltered workshop WAAK and East Flanders company Belintra NV have been working together. A cooperation that, according to both parties, runs like clockwork. Trained and experienced in the care and health sector, Belintra is the reference when it comes to developing smart logistics solutions for the various departments in hospitals and other care institutions. The cooperation between the two companies can be described as a head-to-tail partnership. The basis, i.e. the metalworking and assembly, is in the hands of WAAK, while the customer-specific finishing is done during final assembly at Belintra. What started modestly, soon developed into a true partnership between two parties who know exactly what they can gain from each other and have mutual trust in each other’s abilities.

Belintra: seasoned in the care and health sector

Founded in 1965 in Semmerzake (East Flanders), Belintra was active in the industrial laundry sector for many years. In the 1990s, however, they changed the rifle’s shoulder and focused specifically on the healthcare sector. CEO Kris Liesmons: “We design and produce solutions that ensure that logistics processes in hospitals are organised more efficiently and also improve patient safety.” Concrete examples are Belintra’s medication trolleys that allow nursing staff to get medicines to patients efficiently and safely, and storage and transport solutions that allow medical instruments to be brought into the operating theatre in a sterile manner. Thanks to its expertise, Belintra is the market leader in Belgium and is also considered a major player in the rest of the world. 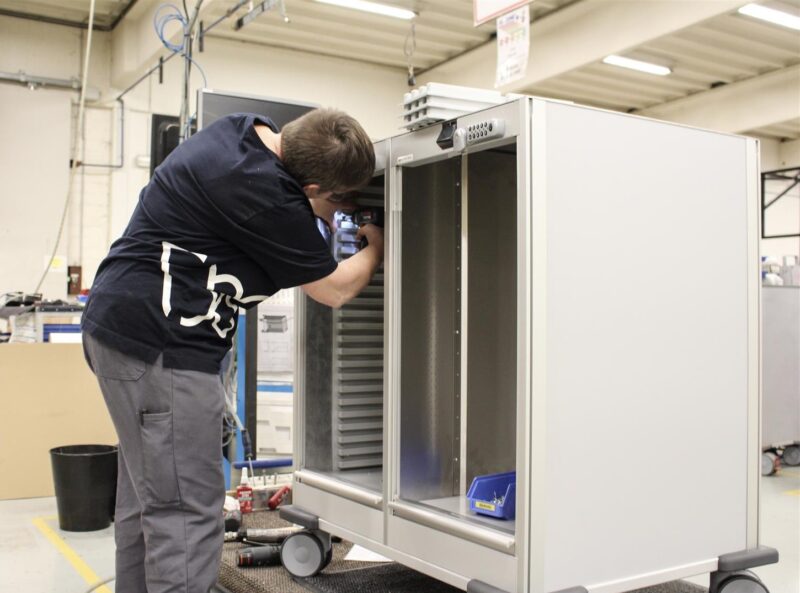 Belintra employs a total of 32 people. Although you actually have to add about four to five WAAK employees, because the Semmerzake-based company has been working closely with WAAK’s metal assembly department since 2010. WAAK employs 2,000 people (350 managing and coaching staff and 1,650 custom workers), making it the largest sheltered workshop in South-West Flanders. The company consists of four sites, each with its specialisation: cable assembly, metal assembly, packaging work and on-site services (Green Service, In-house Enclave Work, Cleaning Service and Painting Service). What initially started as limited project-based assignments blossomed into a permanent partnership.

The basic operations of Belintra’s products takes place in WAAK’s metal assembly department. The entire metalworking process is done by its specialised employees. From drilling, sawing, bending to TIG welding and powder coating, WAAK has all the machinery and know-how to deliver the desired quality. Assembly of the various pieces into semi-finished products also takes place there. The final finishing, on the other hand, which varies according to the customer’s wishes and needs, is done by Belintra employees. In WAAK, several Belintra products are taken care of: the Roll-IT mobile workstation, the Medicart medication trolley, roller shutter transport trolleys, nursing trolleys, open transport trolleys and the UBeFlex® storage system. According to CEO Kris Liesmons, WAAK is “truly an extension of their own assembly unit”.

Noses in the same direction

Kris Liesmons testifies that the cooperation with WAAK is running smoothly and has actually evolved into a true partnership. Kristof Casier, Director of WAAK’s Metal Assembly Department, wholeheartedly agrees: “We know exactly what to expect from each other. There is mutual trust and we can invariably count on each other”. “And if there are any obstacles or problems, we look for a solution together,” Belintra’s CEO further adds. According to the CEO, the flexibility shown by WAAK, the expertise and the great attention to quality are the added values for working with the customisation company. For Belintra specifically, he wants to add one more plus point and that is ‘social entrepreneurship’: “Most of our customers are hospitals. They are concerned with people’s care on a daily basis. I also find that aspect at WAAK. WAAK ensures that people distant from the labour market still have a place to be engaged. I think this fits perfectly with Belintra’s mission and our customers’ activities.” This statement illustrates why both Kristof Casier and Kris Liesmons describe the cooperation as a partnership. Both parties have a lot of common ground and the noses are clearly pointed in the same direction.